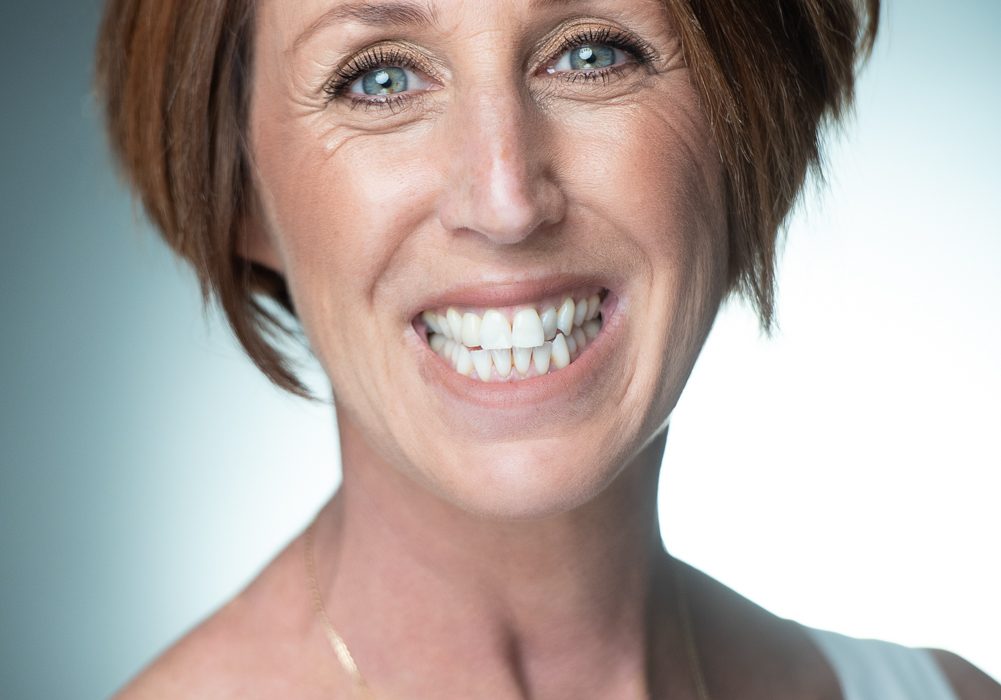 A LIFELONG lover of the sun and tanning, Sarah Carlick had no idea just how dangerous going without sun protection could be, or what a devastating impact it could have on her life.

Aged just 45, Dr Carlick is battling a serious form of skin cancer for the second time.

She said: “It’s so important that people are educated on how to enjoy the sun safely because I know how much skin cancer can affect your life.”

Dr Carlick’s battle with cancer began in 2012 when she noticed an abnormal freckle on her right shoulder.

Encouraged by her mother, who was being treated for ovarian cancer at the time, Dr Carlick visited her GP.

She was called back for a biopsy and was diagnosed with malignant melanoma ­— a serious form of skin cancer.

Thankfully, an early diagnosis meant the cancer was fully removed in a successful operation, and Dr Carlick was given the all clear after a sentinel lymph node biopsy.

However, the surgery left her with a large scar across her upper back and neck, and under her arm and across the right side of her body.

For the next five years Dr Carlick was in remission and lived life to the full­— completing a doctorate at Lancaster University alongside running two children and adult safeguarding businesses.

But in August 2018 she found a lump on her collarbone, and just one day after her graduation doctors confirmed the cancer had returned.

Five months later Dr Carlick had another operation to remove the stage three malignant melanoma and she is now undergoing 12 months of targeted therapy.

She said: “I wasn’t aware of the seriousness of sun protection growing up and I regularly got sunburnt as a child, as well as being a user of sunbeds in the family home as a young adult.

“I wasn’t educated on the symptoms of skin cancer and had no idea after six and half years it could return.

“I was heartbroken when the doctor told me that the skin cancer had returned after so long in remission.

“The treatment has completely put my life on hold and I’m now enduring targeted therapy as a preventative measure to stop the melanoma returning.”

In a hope to save others from going through the same heartache, Dr Carlick is backing North West Cancer Research’s summer skin cancer campaign.

The campaign is encouraging people to to use protection from the sun and check their skin regularly for abnormalities.

Bury residents are four per cent more likely to be diagnosed with skin cancer than people anywhere else in the UK.

According to the latest statistics, 17.5 people in Bury out of every 100,000 are diagnosed with skin cancer each year ­— exceeding the UK average.

Alastair Richards, CEO of North West Cancer Research, said: “Skin cancer is one of the biggest cancer killers in the North West, but people aren’t often aware of the warning signs that could help catch this cancer early and improve prognosis.”

The charity’s campaign is also educating people about the early warning signs of skin cancer, such as changes in moles, as well as the appearance of new moles and blemishes.

People should also look out for itching, bleeding and crusting, and contact their GPs as soon as they spot any of these symptoms or have any concerns.

Mr Richards added: “By raising awareness of skin cancer, its symptoms and the associated risk factors of over exposure to UV rays, we hope we can encourage people to be sensible when spending time in the sun and reduce the number of skin cancer cases across the North West.”

For more information on the campaign visit https://nwcr.org/our-work/campaigns/skincancer/

The original article can be found at: https://www.burytimes.co.uk/news/17771016.business-owner-battling-skin-cancer-second-time-backs-north-west-campaign/